Cloud Boss pro has been promoted by his owner, Terry Kyle, as a “revolution” in SEO and PBN hosting. It promises brand hosting providers hosted from one dashboard with absolutely no footprints. Unfortunately, CloudBoss.pro not only misses on the “revolution” part, it actually even misses the “evolution” in SEO hosting.

Not included in price: hosting

I watched the webinar live and Terry was very vocal about the issues of SEO hosts and “unnamed competitor”, clearly being Easy Blog Networks. While there could really be a serious competitor by now for EBN, CloudBoss, unfortunately, isn’t it.

First of all, there were two major ethical issues with the owner’s pitch.

He did a reverse IP on one of Easy Blog Networks’ IPs and showed a PBN-looking blog, trying to conclude there are all PBN blogs on the IP (based on showing us 1 out of 81 blogs). What was shocking here is that he actually showed the URL and website of an unsuspecting user and thus potentially endangering his business. I am amazed someone in this industry who’s supposed to be respected would go as far as that, just to promote a service.

There was also a clear manipulation by showing there are no websites on CloudBoss.pro IP with the reverse check. That is because the whole server is empty. None of their “cloudboss-test-###.xyz” websites are live. I have no idea how something like that can pass on a public webinar.

But even if we leave the ethical questions behind, there are major issues with the platform itself.

Users need to set up and pay for their own hosting. That is besides paying for CloudBoss.pro subscription, hence manually managing multiple accounts and subscription payments.

Users need to manage the servers at the hosting providers. CloudBoss.pro provides no support whatsoever. Do you know how to set up a server? How to protect it from attacks? You also need to take care of updates, backups, and performance.

Too many Amazon servers. On the webinar, they show they have 96% of sites on Amazon Web Services (OpenShift runs on AWS). Sure, AWS is a big provider but not that big that you could host almost all sites with them.

Untested platform. They moved their launch date a few times because of issues. It doesn’t look like they took a lot of time to test out the platform. Also, we haven’t heard anything about third-party audits. How do we know their platform isn’t leaving a footprint?

It’s really disappointing that people in our industry would rather turn to manipulation and competition bashing instead of just building a better product.

CloudBoss.pro is far from any revolution. With so much manual setup, you are better of opening hosting accounts with regular cPanel hosts. They will at least take care of the majority of server setup, performance, and security.

Showing his ethics again, Terry Kyle, instead of addressing the issues rather spammed this review with backlinks to try and get it penalized. Read more about this on my blog post here. 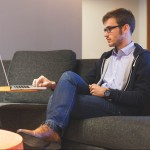